LAST month on our Column/Memoir page I saluted the life of older friend 'Joiner John', or 'Two By One' as he'd once been known among building-trades mates.
That was when the term was a standard imperial measure of timber and they favoured rhyming slang.
Octogenarian John had worked on Britain's first motorway, in times when working conditions were so rough, up north at freezing Shap, he compared them with infamous Yukon gold-mining days in Canada. He particularly liked a ballad from those days. We'll be putting an abridged version of The Shooting Of Dan McGrew (by Robert W. Service) on our Poem page soon but the full version is well worth Googling up.

We'll also include part of another poem from John's funeral, both for him and another great, local character who died recently, Eric Needham.
Eric was a regular at Blackpool's oldest public house, the Saddle Inn, my 'local'. Outwardly, he was a cheerful, laid-back man in his early 60s with a wild mass of curly, grey hair and often an equally wild look in his eyes; but he was always courteous, friendly and, as I soon began to realise, highly intelligent and knowledgeable.
Eric was a 'Mossag' - off our Fylde coast's Marton Moss, once an impregnable mire of smallholdings and what was said to be the finest agricultural soil in the country. The moss supplied the vegetables, as well as some meat from livestock, required by thousands of hotels and boarding houses along our hugely popular Victorian holiday resorts beside the Irish Sea. (My first court case as a reporter, upon arriving in the Fylde in the late 1970s, involved a charge of pig rustling on the Moss.)  Now, sadly, that precious soil is being covered with more and more housing. 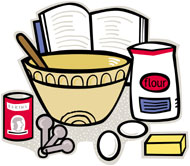 One of the oldest cottages remaining is named Blowing Sands and Eric was brought up nearby. He told me how, as a boy in short trousers, he and others often stole milk off the cottage's doorstep - to slake their thirst as they roamed quiet country lanes for orchard apples and general larks.
Then Eric stumbled one day, as the gang of lads ran away from Blowing Sands, and the old chap who lived there collared him and brought Eric back to the huddled cottage.
"Now I'm for it!" Young Eric had thought miserably. But it turned out to be his lucky day, involving baking rather than beating.
"The chap's wife had been cooking," Eric recalled to me as we enjoyed a pint by the Saddle's coal fire, "and could see I was scared. Instead of the thrashing I expected, they gave me fresh buttered buns with home-made jam and a big mug of sugared tea."
Then the old chap carefully explained to Eric that, when children stole his milk delivery, they couldn't enjoy such a tea-time treat unless he walked miles to get fresh milk. The couple also invited Eric to call by whenever he liked and to tell his mates to do the same.
It was an old-fashioned but generous lesson in neighbourliness, which Eric never forgot, that began a friendly relationship between the couple and local children.
The poems mentioned above are also full of character, while all our fiction and humorous memoir on this non-profit-making website aims to be uplifting and entertaining.
We hope you enjoy it and, as the 'old couple' (probably then only in their 50s) told Eric . . .
Call in upon us, anytime!