AH, July has swept into Lancashire's Fylde coast today on the wings of a gale off the Irish Sea
. However, there is much sunshine promised for us, too, this month and just as well!
As the Cricket World Cup approaches its finals here in Britain, the Pimm's, strawberries and cream of tennis also arrive at Wimbledon. 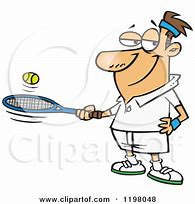 She Who Knows and myself have also been enjoying some grass-court tennis, although these days we find carpet courts best for both our and the ball's bounce.
I was brought up around tennis racquets (wooden, of course, and never restrung over generations), first of all in our back garden - playing an easy picnic-style game called French cricket (look it up kids!) - then on the local parks of Urmston which were usually surfaced with shale (thicker-grained than a modern clay court) ideal for our windy, wet Manchester climate.
Cricket was also popular through summer, although played by us with a rubber ball. The dreaded 'corkie' later put me off, once forced to face it in high-school days.
Sports clubs brought me many great friends and social ties which have lasted a lifetime, as well as my first girlfriend and, eventually, my dear wife. Speaking of whom, She Who Knows has over the past couple of years taught herself to now play left-handed, as her right elbow is knackered with arthritis.
I'm a natural leftie but account for my poorer shots by claiming to also really be right-handed, though switching through sympathy with her.
Over years I've played, and been beaten by, terrific 10-year-olds and agile 80-year-olds; so the game has stood the test of time. Now we follow the good-old-sports' adage that tennis players don't retire, they just mix doubles!

As well as sport, books can bring people together and offer readers an exciting and life-changing view into a different world from their own.
This light-literary website aims to do the same. It was started and is maintained by retired journalists tired of all that bad news. The site is non-profit-making and paperback publications are sponsored by the British Arts Council.
Have a glance over our Pages (see near top of right-hand column) and enjoy some uplifting reading.
So, wherever you are in the world and whatever your age . . .
Have a great summer!