On The Right Wavelength


THE festive Christmas holidays loom, the spending spree, the gifts, the parties, invitations, preparations and, of course, anxiety. There's a lot to do!

At Edmonds Towers we have it fairly easy. We exchange greeting cards with a few relatives and distant friends; treat each other to some thoughtful gifts, then have only a short walk to a family banquet prepared by others.
However, we've also had a lot of expense recently. The towers' plumbing needed overhauling and November saw a couple of birthdays and a wedding anniversary. The funds for Christmas gifts were looking a little threadbare. 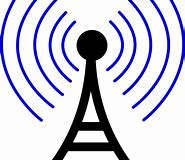 Then I did a foolish thing, leaving on an interior light in our car after heaving out a few bags of food and parcels. Next day, when eagerly needed by She Who Knows, the battery was dead. This was soon fixed by a solution we'd used before - phoning for a taxi with 'jump leads' and paying a couple of quid to have ours charged up.
Unfortunately, because of that temporary disconnection, our much-used radio/cd player wouldn't work. Modern safety devices also meant it would be time-consuming and complicated to fix.
"Not worth repairing, better to get a new one," a couple of nearby garages and radio stores advised, adding, "We'll fit it, too, for a hundred pounds or so."
I was bemoaning this while consoling myself with a pint of ale beside our local inn's warming coal fire, when someone recommended a back-street mechanic and electrician 'just up the road'.
Sure enough, in gale-driven, heavy rain, I found the lock-up where this man, called Mark, laboured alone and explained to him my problem. He offered to work upon it but insisted of first driving me back home because of the rough weather. Two hours later, he phoned to say our car was ready - all fixed!
"Just get me a pint sometime," he told me, steadfastly refusing any money for what he considered a trifling job.
Well, it does restore one's faith in humanity and decent, honest people. This was a handsome gesture in this time of giving and caring for others - and much appreciated.
She Who Knows, too, was delighted upon my return. "It'll mean we have more money for presents!" she promptly pointed out .
Well, yes, quite right. We were back on the right wavelength once more.