Bonfire of the Vanities


AS well as the traditional fireworks of Guy Fawkes Night, this month marks our wedding anniversary and, still more importantly, the birthday of She Who Knows, writes Roy.

The actual dates and times are guarded as closely as state secrets, except to immediate family members. This is because She Who is a naturally secretive person. When we were first stepping out, or courting as they used to say, she berated me for overlooking her important day. The fact that she had steadfastly refused to reveal to me what was the exact day, or even month, of her birthday was not considered sufficient excuse.
"You should have found out," she insisted, rather unreasonably. 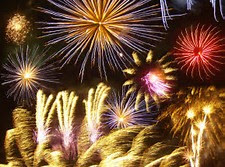 Let me just say that we both came comparatively late in life to marriage, so were of mature natures and habits by then. This was good in a way, reducing any potentially nasty shocks about one another to smaller surprises. On the other hand, it might be said we were both stuck in our ways - leading to some 'fireworks' in clashes of temperament and stand-offs over what we should do.

"We're just not compatible!" I told her one late evening after a night out. She Who Knows had, as I vaguely recall, been - quite reasonably this time - trying to improve my outlook and behaviour in life. However, I was being typically stubborn and digging in my heels.
"Oh, get out!" she had told me, since she was giving me a lift home. Her little car had screeched to a halt on a quiet corner, a couple of miles from my house. It was raining, dark and late but off she shot again.
Stubborn to the end, I had lit up a small cigar - forbidden in the car - and walked onward, still carrying my tennis gear from earlier in the evening. I felt like that beleaguered chap in Hamlet TV adverts, whose life brightened when he lit up to the accompaniment of Bach's Air On A G-String.
Then she came racing back round the corner and heading straight towards me. I nearly jumped over a nearby hedge to escape possible injury or worse. However, she stopped just short, wound down her window again and shouted in exasperation, "Just get in!"

We've been together ever since. Also, helping to avoid further confusion over our important dates, we got married on her birthday. It all took off really when I proposed - on the Millennium night of New Year's Eve 1999-2000. There were lots of fireworks being set off then, too, and - like our simple family wedding - it was a marvellous time. 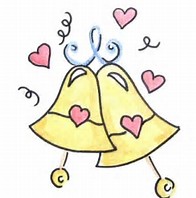 However, we're both considerably older now. So much so that She Who Knows - who still loves lots of gifts for her birthday - appears to have a new hobby of having operations. In the past she's had her hands and feet joints 'done'; more recently it was her shoulder and, coming up, it's cataracts. She's also planning an elbow operation in the New Year.
My part in all this is to run her to and from the local hospitals, thankfully quite close to our home, and step in when convalescing to do more cooking and general running about. It certainly passes the time!
The cause is mainly her many years bravely struggling with rheumatoid arthritis. But, at least, that's prepared her for all this medical attention. For me it's quite fresh, having physio and X-rays on my arthritic hips, dodgy shoulders and other gradually degenerating parts of my body like my teeth.
Still, are we down-hearted? No! It all binds us more closely together and with others, as well as making us more sympathetic and admiring of our elders. Not a joy of course, though recovery is enjoyable, but more a further forging of the spirit in the hot flames of life.
What's inside and most valuable hopefully remains pure - like a precious metal when the impurities are burned away.

We hope to deliver some of that spirit in this uplifting but light literary website. There are books, extracts and stand-alone short stories, poems and anecdotes on our diverse pages. We hope they entertain and bolster you through life's ups and downs.
Our publications are available either through Amazon on Kindle or paperbacks sponsored by the British Arts Council. Orders can all be made on this non-profit-making website where any purchases pay for its upkeep by retired journalists tired of all that bad news.
We hope it warms your winter and wish you well.