Plea at our Door


SO gentle was the knock at our rear door I failed to hear it, recalls Ed Black from his Aegean island.

My partner Diana opened up to find a young mother and child with a man, the husband and father, nearby. They desperately wanted water - and any spare food, at least for the child. 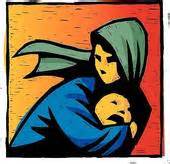 The local islanders have taken in occasional foreign strangers, such as illegal immigrants from Albania - who make willing and cheap workers. But these were among the latest wave of Syrian Muslims, our new 'boat people' here.
"Send them away!" I told Diana. But, good Christian as she is (though Orthodox, of course), Diana gave the woman water and scraps from the fridges I had intended for soup.
"We'll have a queue soon," I warned her, after they had left with touching gratitude.
Regular readers of this website will know that, as Roy's close collaborator and fellow author, I get chance when he's busy to send posts updating you about my adopted island - which I nickname Paradiseo.
It's here, in the quiet Old Harbour area, I run my cocktail bar and grille called Black Velvet.
Along with ill-gotten gains garnered years ago from New York and Hong Kong (where I met fellow English expat Roy), I get by well enough.
However, I cannot afford to have a tourist season ruined by such a flood of economic migrants on our shores.
Apparently a whole boatload landed up the coast at secluded Paraskevi, used as a nudist beach. I don't know who were more shocked and outraged, the Muslim boat people or sunbathing tourists.
What a culture clash! But this wave of human misery upon our comparatively affluent shores is also like a jolt to our conscience.
Later, Diana and I strolled around to the main square above the new harbour - intending to buy fresh fish and other stocks. The sun beat down and wind whipped up the sea. We'd enjoyed a good breakfast and had money to spend.
As I thought of that family's plight my earlier callousness made me ashamed.
There was a huddle of other refugees in the old square, sheltering under tattered veils from both sun and hostile glares.
"The family who came to our door!" Diana pointed out. I saw the woman and man nod to us politely in gratitude.
This was the same square where, during wartime occupation, German soldiers shot one in four of all our island men - to quell rebellion.
It was where our oldest church stands; plus a statue of heroine Bouboulina - who in the 1821 Greek War of Independence drove away Arab invaders so islanders could live freely.
How could we sit here, openly eating and drinking after buying luxury supplies, while others starved close by?
We have only one policeman on the island, who is still waiting for the mayor to decide what's best in this crisis.
In the meantime, we bought extra food and drinking water then gave it out for them to share. Other islanders did the same, while fishermen gave up the remainder of their night's catch.
"I am glad we helped," said Diana later, as we dined on our terrace before opening for business.
"I couldn't have slept," I confessed, feeling as fresh and good inside as our beautiful Old Harbour looked.
Tomorrow there may be another plea at our door, then the day afterwards - and we shall answer them all.
How could we not?
Yassas, my friends!