LAST month I was 64 and, as The Beatles song goes, found she still loves me.
At Edmonds Towers in Great Marton we marked the occasion with steak dinner and superior wine.
What did we imagine life would be like at 64, when teenagers listening to those Beatles hits? I'd be pleased to be author of a dozen books and to have seen something of the world as a journalist. 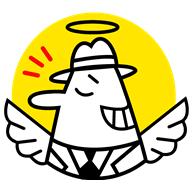 At my local, the Saddle Inn, on my birthday they were by chance playing Carol King from her Tapestry album. Barmaid 'Luscious' Lou had never heard of the singer-songwriter. "Way over yonder, that's where I'm bound - where the sweet-tasting life is easily found." (Or lyrics to that effect.) What dreams we had when young! Ending up living unassumingly in Blackpool would not be among them. But, then, the grass is always greener. I have no complaints. In fact, that brief sentiment would be a fitting epitaph.
How we are remembered and what matters in life is the crux of my first novel published by Amazon, entitled Where Angels Tread. Other titles followed but that book surprises me most.
On Tuesday, June 11, I am due to sign first editions of it at bargain prices from 7.30pm at Lytham Cricket & Sports Club. Other books will be on display in the bar/terrace.
Where Angels Tread revolves around a fictional obituary magazine entitled 'Goodbye'! The novel is a light thriller with humour, romance and a spiritual backdrop - rather like life should be.
Sir Harold Grime, aged editor-in-chief of the Blackpool Gazette, used to regularly update his and friends' obituaries when I joined that paper in the 1970s. His own started in the third person then drifted into first. Meanwhile, his visits to friends in hospital - to check on final details - must have been chilling for them. 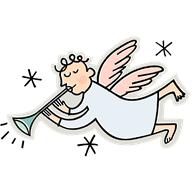 But it was the obituary of another journalist I never met which inspired Where Angels Tread. He was chief obituary writer of an American newspaper and joked he wanted his own to read: 'Shot dead at 80 by a jealous husband.'
Where Angels Tread was described in an Edinburgh review as: "A clever and touching story, full of atmosphere and wonderful characters" . . . an even more pleasing epitaph.
You'll find a rundown of all Books on Pages for You; also a sample on Chapter of the last published, A Brush With Murder - set in a village tennis club. However, as always, the next book will be the best! It's entitled Over My Dead Body but, hopefully, there will be more birthdays yet.
I still have a pension to collect.
Goodbye!