The Wonder of You

A few days ago I was in Manchester for a friend's 70th birthday in my old home town of Urmston in the north-west of England. The impressive printed invitation is on my desk as I write.
Now the leafy suburb of Urmston, although on the edge of industrial Trafford Park and the enormous Trafford Centre retail park, is a pleasant neighbourhood. I enjoyed a happy upbringing and made a wide circle of lively friends - mainly at its tennis and cricket club as a teenager then young man. 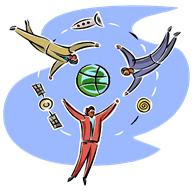 Relatives there whom I had not seen for years and were interested in local history told me: "At one time it was said Urmston had more trees than people."
Well, the trees were still there and greatly grown with age but everything else appeared smaller. The roads were narrower and homes rather cluttered with concreted fronts to accommodate family cars. Such disappointments occur when comparing the present reality with childhood memories from quieter times.
It's wonderful to meet old friends but we have all moved on and changed. The genial host, a senior city  solicitor, was great fun - dressed as Elvis and beating out 'The Wonder of You'. He had survived cancer and was making the most of the reunion and of life.
I am a different person now to the daydreaming adolescent from Urmston days: older and wiser, still playing tennis and appreciating a pint afterwards; not expecting or wanting as much out of life as then, just grateful to enjoy it and what I do have.
Amongst those blessings are you, dear readers. For although I have fewer friends now who I socialise with, this website and the internet makes the world smaller and brings so many diverse people into our space.
As well as shrinking the world it also, I believe, makes it a better place - especially as long as politicians and administrators don't control, tax or police it. We're free as adults to turn to what interests us and to ignore what does not. Long may that be so!
What regularly stuns and delights me is the variety of nationalities reading these posts and enjoying our pages and books.
Although mainly attracting readers from Britain, we have a terrific following as well in the United States. There are followers also in the Far East - particularly China, Japan and Thailand - where I also worked and based many stories, along with Australia and New Zealand.
There are readers closer to home in France and Germany.
Most amazing to me, however, is the loyal and ever growing following in eastern Europe, particularly the Ukraine but also, increasingly, Russia and Poland.
That is what makes this site dedicated to storytelling so fulfilling and worthwhile: your interest.
Please read on but also send your comments and thoughts. It's what people want and value that count.
Put another way, it's love that makes the world go round . . .
That, friends, is the wonder of you!