HELLO to you all from the Greek island of Paradiseo! This is Ed Black
posting again as Roy is occupied arranging his first book signing party (see Meet the Author, right). Further details are on the website of his favourite book store, the quaint Plackitt & Booth in leafy Lytham.
Roy has also been updating his anecdotes from abroad (People & Places page) and is currently writing about Hong Kong, where he and I met while on different poles of the newspaper game. He was, of course, a star reporter gaining many awards, while I was a cunning public relations man trying to promote various computer wares (and making a pile while at it). 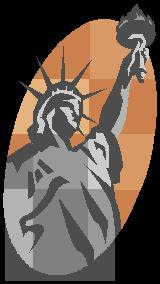 Following that I moved on to an almost equally dynamic island, Manhattan, where I changed to running a restaurant. Now I'm semi-retired, languishing on tiny Paradiseo (if you don't know its real name then you're not rich enough to visit us), playing at host in my cocktail bar and grille Black Velvet.
The sun has been high here for weeks but the season still not started, except for a few yachters here in the Old Harbour. My beloved Diana has been keeping them entertained. With Roy's help I have done a bit of publishing myself - between trips on my 500cc Norton to Paraskevi, our distant nudist beach, for a cooling dip.
Yes, Edmonds has finally got round with Amazon to publishing my novels - the reason I agreed to help him occasionally with this blog.
The first, now available on kindle (see Books page), is a mysterious thriller set on Manhattan and centred around palmistry. Not that I believe in that stuff but I know the ladies love it and, so Roy tells me, 80 per cent of fiction is purchased by the fair sex. Harry's Hand will blow you away, my friends, with its inspired blend of Greek tragedy and modern drama involving America's first female president. I surprise myself at times!
Be warned, though, it isn't a vapid, holiday read! You'll have to stay sharp to keep up with its action, that is brilliantly set both in the past and present. Also I was rather inspired by a favourite author, John Fowles, who set his great book The Magus here on Paradiseo where he used to teach, with its action at Paraskevi, where I also get my best ideas. John had a penchant for tricky endings, so don't expect a facile finale.
Anyway, if it's too intellectually testing for you, my other book is also set to be published. This is again only on kindle as there will be no local signing of paperbacks here. It's entitled Romp and Circumstance, a clever play on words I thought. This a highly spiced, humorous novel about a young town planner stumbling through the rites of manhood (and a good cross-section of local ladies) in colonial Hong Kong. It's a sizzler, if I say so myself. Just before any of you P.C. ladies get the hump - the women in the book are firmly on the top, literally.
So, you've no excuse for lack of summer reading this year!
Whether it's mental stimulation or sexual titillation that entreats, I've provided it.
Oh, and I promised to add for those in the vicinity, don't forget Roy's book signing. It's his first and he's thrilled!
Yassas all!
Ed Black