WHEN I worked as a reporter on the Gazette in Blackpool, old hands used to say, "Everyone turns up here, eventually."

There was some truth in this. The Queen, Lady Gaga, The Beatles, Frank Sinatra, Winston Churchill . . . they've all taken a promenade salute on the Golden Mile. Even Red Rum once switched on the brash resort's famous Illuminations - by hoof.
But, more often or not, it was the villains and infamous we got - with many murderers on the run choosing to hide out in the town's tawdry bedsitter land and dramas in the news often having some bizarre Blackpool twist.
Now Brian has returned. Not the Brian from the film. Blackpool's not great on God - not on its blowsy surface, anyway. No, Brian my old flat mate who, I suppose, did look a bit like the popular image of Christ. He also suffered considerably during his time with us. 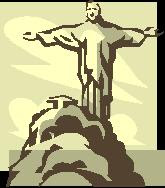 He reappeared, like a vision from the past, in my local - Blackpool's most historic pub, The Saddle Inn.
Now Brian was not a reporter, like most of my other pals, but a sociology teacher at a further education college. So I should not have been so shocked that he had not aged as the rest of us have. He'd had an easy life, you see.
Anyway, his reappearance was to herald great news.
He had heard of my books success, with dizzying sales figures on Amazon and elsewhere, and had come all the way from retirement in Essex for a personally signed copy (along, admittedly, with a bit of personal business in the area).
Almost at the same time as our historic meeting in the rowdy bar, I learned that my first published book was to be launched here on the Fylde coast with a book signing party at Lytham's quaint Plackitt & Booth, my favourite bookshop.
It's on Wednesday May 9 from 7pm so do come along. To be sure of a place, contact Plackitt & Booth for a ticket - we need to have an idea of numbers. (Drop in on Clifton Drive, Lytham, or phone 01253 796958, or check their website.)
Happily, I recounted to Brian and other mutual friends our times together at a rented house when we were partying bachelors.
"And you used to creep into my room after I was asleep - to steal my Scotch," Brian accused.
Well, yes, but . . .
"Then I caught you one night," he carried on in a remorseless judgement, "and you dared to bundle me outside into the snow, then carried on drinking."
It was true, I shamefully recalled.
But, along with a few pints of Draught Bass, forgiveness flowed - then, as now.
Brian left us again with a smile, holding my book aloft.
I returned home to nearby Edmonds Towers and She Who Knows.
"How was your reunion, dear?" She Who chimed as I tip-toed up the stairs.
"You know, he's not aged a jot!" I complained.
"Probably didn't drink or gad about as much as you," was her response.
"Still," I said, easing between the covers, "it gave me plenty to write about."
"And he'll still be reading it, when you're gone."
Well - and a goodnight to you all!

Have to congratulate you on your book The Last Ghosts - a terrific read that made me feel I really was there for Hong Kong's historic changeover.