All Greek To Me

Our favourite retired reporter is busy publishing his latest paperback, this time about his beloved local pub and entitled Saddle Up!
I'm glad to get away from a winter 'spring-clean' of the Black Velvet, my cocktail bar and grille in the island's Old Harbour.
Paradiseo is not the real name here but, sorry, I simply don't want to attract more Brits to this island. Most only lower the tone, you see. If you're from elsewhere, have style and money to indulge it, then that's different. You can contact me for bookings through Roy's email on this site. 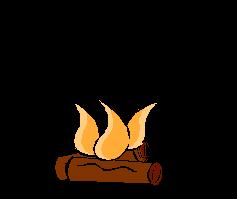 Anyway, this is my third stand-in blog for Roy but the first posted out of our tourism season in the Aegean. Winter is a time when we charge up our batteries on the island; take stock of how business has gone, and renew local relationships around the log fires and those few tavernas which stay open. By relationships I mean friendships. I wouldn't dare do the dirty on my Greek girlfriend Diana. The locals, even so-called sophisticated Athenians like her, are ruthless about personal setbacks seen as insulting their honour.
That's why they hate being bossed about again by the Germans. Greeks had enough ill treatment at Kraut hands during the Second World War.
I really don't know why Greece joined the E.U. in the first place. Greeks are far too independent and don't want to be in step - especially goosestep!
On Paradiseo they won't let German tourists (or Italians, come to that) sit at taverna tables near the monument to patriots massacred in the war.
But independence is not a bad thing in my opinion. Perhaps Britain would have been better sticking with the Commonwealth rather than jumping into bed with their old enemy the French.
On Paradiseo, we sort things out for ourselves and avoid mainland authorities. Tax is paid via backhanders to the mayor, who backs up our lies to revenue officials.
There are only two policemen (we had to hire a second so the first had someone to play backgammon with) and they know not to interfere. The officers just make tourists feel easier and enjoy impressing gullible female visitors with their uniforms and guns (unloaded).
The last time we had any serious crime here was when two seedy types from Athens rented one of the bars and started drug dealing. Their big mistake was drugging a local girl one night, then having their evil way with her.
Once her story came out the whole island was up in arms - led by the devastated girl's relatives. The knives were really out!

Our two runaway culprits got on the ferry but a flotilla of fishing boats blocked the harbour until the captain handed them over.
They were put back on the next ferry, to be met at Piraeus by the Athens police, minus their most precious credentials - if you know what I mean.
The island raised a wall of silence but made sure those two would never commit rape again.
On the other hand, the case of young, unfortunate Mario from Albania shows the islanders' other, softer side.
He was abandoned on the island by his passing fishing family. Mario was a mongol, not all there as they say but, nonetheless, a healthy, lovable boy.
The island's elderly leaders conferred and a public meeting was then held.
They would not despatch him back to whence he'd come. Neither would Mario be handed over to some grim asylum on the mainland. Both options were too bleak. Instead the island adopted the young lad.
Each family agreed to house, clothe and feed the growing Mario for one year. That way he was taken care of; was not too much of a burden on anyone, and got to know and respect all the island's families.
And did Mario grow!
Now the happy, burly character is a favourite with tourists as he spends his days collecting driftwood from beaches then distributing it among tavernas for this off-season's home fires.
That's independent wisdom with a human touch - something vital that has been lost amid Europe's mountains of credit and red tape.
Whatever our future now holds, it can't be worse.
Yassas, my friends!

Mister Black is to me it seems both glib and political incorrect - I say bravo!